Design 2 (D2) is a continuation of D1. Students are introduced to principles of proportion and scale with an emphasis on the relationship between the human body and three-dimensional space. The refinement of the design process is also emphasized. It continues to explore the definition, understanding, and creation of space buy utilizing a series of concise exercises.

The Barcelona Pavilion served as the basis for the design for the project. We were asked to analyze the building and interpret its general design principles. Using the same design principles of shifting and staggering, we were then asked to implement it in our design. The project required an entry into a cemetery, a place along a wall to contain cremated remains, one small unisex bathroom, and a small shop to buy flowers and candles.  This was my favorite project of my first year because I was able to design something that could be built in real life (our site was on a street in Miami), while facing new challenges such as designing a wall that would be suitable in the hot South Florida heat. 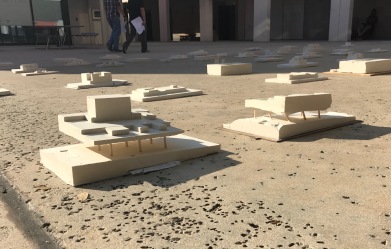 A building from a list was assigned to us. Along with a partner, we had to analyze it, make two plaster cast models of the positive and negative spaces, and make 4 isometric diagrams that depicted structure, serving vs. served spaces, circulation, and skin. My partner and I had the Casa James Francis King, which was the most difficult on the list. It is located on a slope and elevated above the mountain with pegs, while also containing many open spaces for analyzing. 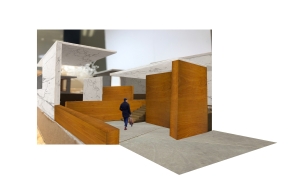 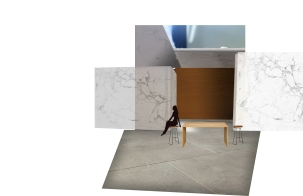 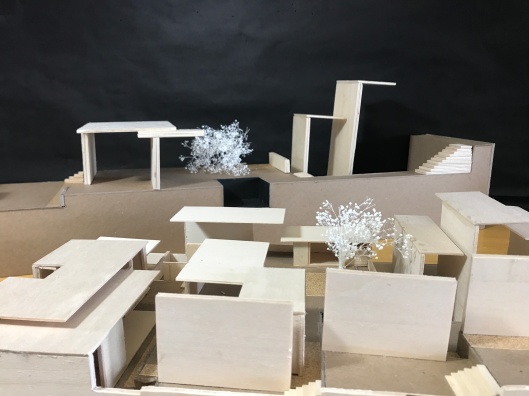 The final project of the semester incorporated everything we were taught over the course of the year. Taking inspiration from the cemetery wall and house analysis, I designed a living space for a Brazilian artist named Beatriz Milhazes. This was the most challenging project of the year, as I had to learn how to use Photoshop and how to create interior spaces for the first time. My main concepts used were shifting, overlaying, and staggering. I created an open space that has alot of natural shading in order to protect her artwork, showcase it, and make her feel like she’s still at home in Brazil.